Showing posts from February, 2016
Show all

Here, but Not Here~ 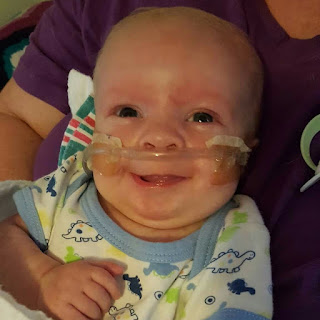 I used to tell God (that is after He started allowing troubling things to happen in my life) that if anything I was going through would enable me to one day help someone else, bring it on! Growing up with an alcoholic father with a bad temper, getting a divorce, finding out my daughter was addicted to heroin-all of that. I was ready to take one for the team, so to speak. But not this. Not learning to love the baby inside my now-sober daughter's growing belly, only to become so in love with him that the mere thought of how much fun I would have as a Nana made my heart swell and my feelings leak out my eyes. Not the seeing him struggle to survive in, then out of the NICU, then after multiple procedures, only to lose him early one morning to an unseen bacteria that clouded his already compromised lung. Not that. I don't want to have to learn how to deal with that type of grief. I don't want to tell others "It will get better", "Time will heal you" and al
Post a Comment
Read more
More posts